Hi again folks. We’re back with another question that is highly inquired by a lot. Otakus and normal anime viewers alike. Goku of the legend series Dragon Ball Z and Saitama of One Punch Man. Who would actually if an actual crossover come to life?

I guess it is safe to say that both series have gained popularity overtime and is considered part of the mainstream Anime series out there. One just came ahead first while the other was popularized during the era of the next generation. Despite its differences, both series are good anime to watch. You may look at it differently as sometimes, there are really nothing to gain from watching them but just pure satisfaction of the battles they’ve triumphed.

If you’re watching both series, you may have noticed that One Punch Man’s story is actually focusing more on the side characters. How they lived when they knew (or not) that someone is out there stronger than them. While the Dragon Ball series is transcending its characters every time an enemy emerges. Or even when there’s nothing for them. That’s just how saiyans are.

So enough with the introduction. The answer is actually quite simple if you ask me. Despite having realized that there are images circulating before that Son Gohan’s Ki when he was a kid is just as equal or even greater when Saitama did a similar feat despite being a fully-grown man, I personally think that the answer is very clear. 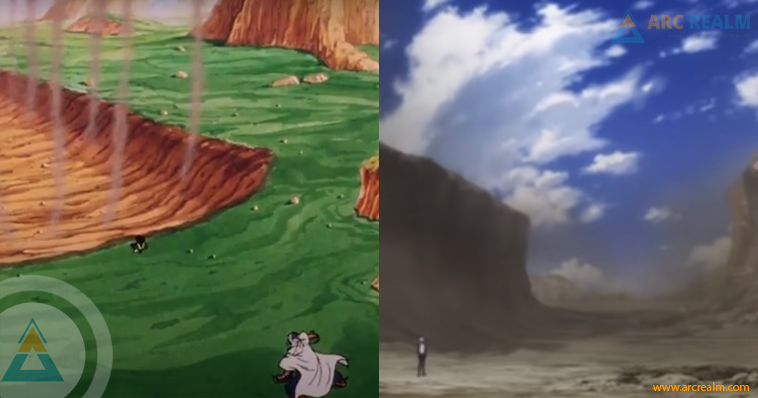 For my verdict, I honestly think that our winner should this face-off actually managed to come to life would be none other than Saitama. He is called One Punch Man for a reason and that is something you could just not break. Yes that was very unconvincing. Goku may as well punch his way out of a planet. It’s what saiyans do originally. But as much as you may want to ignore, One Punch Man is a gag manga/anime. And the thing about gag series, when the writer says they could. They just simply can.

Assuming a face-off like this happens, it would be unfair if the characters would suddenly change out of their respective series hence the verdict was done considering that the original characters stay the same.

What do you think of this verdict? Have anything you may want to add? Drop ’em down at the comment box below!

The Seven Deadly Sins – Prisoners of the Sky Schedule!

The Seven Deadly Sins’ first ever movie just released its airing date! Surely Nanatsu No Tai Zai (The Seven Deadly Sins) fans are astounded for this great news! Written by its own author Nakaba Suzuki, its fan base are now categorizing this as a canon of the great series whose Season 2 is currently on-going as […]

By the Grace of the Gods – Anime Review

Today, I would like to introduce an Anime that officially made me feel old. Or maybe it shows that I’m having a different interest/mindset now. But yeah, I am old. Kami-tachi ni Hirowareta Otoko or known by its English title as By the Grace of Gods, is an Isekai series which focuses on the adventures of the […]

The Garden of Words – Review

For our review today, let’s tackle about a movie that made a seeming crossover from the popular animated film, Kimi No Na Wa. Also known by its English title “Your Name”. If you still didn’t knew, The Garden of Words and Kimi No Na Wa are made by the same director, Makoto Shinkai. In line […]